Demand Media is a company on a roll. The California-based company was founded by a former MySpace.com chairman in 2006 and it has enjoyed huge growth ever since:

DemandMedia.com is their main corporate website and it runs on Joomla:

Not only that but Demand Media also uses Joomla for some of its other products. If you watched Steve Job’s keynote address at the Apple Worldwide Developers Conference, you watched using CoveritLive.com, a Demand Media product with a Joomla website. This site is particularly interesting because it is not running on a traditional hosting company but on Amazon’s S3 Cloud services: 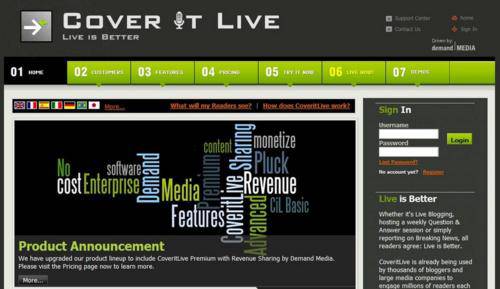